A princess, a castle, a monster... a marriage. A knight of Camelot, and a dragon of great power.

But this is no fairytale. And nothing is what it seems.

Set in alternate 90s Britain, THE BOOK EATERS is a speculative thriller, featuring a complex anti-heroine who seeks redemption for her son. 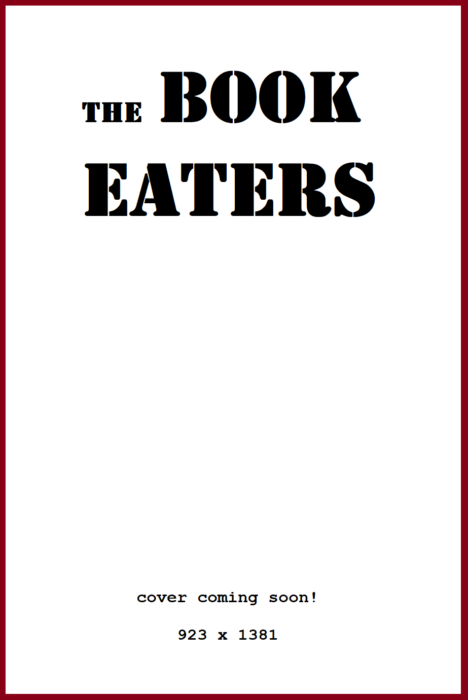 A princess, a castle, a monster... a marriage. A knight of Camelot, and a dragon of great power.

But this is no fairytale. And nothing is what it seems.

Set in alternate 90s Britain, THE BOOK EATERS is a speculative thriller, featuring a complex anti-heroine who seeks redemption for her son.

The Fairweathers are originally of Romanian heritage, and bore the surname Fieraru. They emigrated to England in the early 1600s, fleeing misguided "witch hunts" by the church.

Once in England, Andrei Fieraru (the patriarch at the time) adopted the Anglicized surname of Fairweather and settled in the Yorkshire moors on a large estate.

Modern Fairweathers tend to be solicitors, normally a quiet yet lucrative occupation. But the Manor's finances remain dire, due to a combination of several expensive marriages which failed to produce daughters, and the Fairweathers' own inability to adapt to modern times.

The Easterbrooks are one of the newer Manors, having formed in the early 1900s. The founding patriarch arrived from Greece following the collapse of his own household, and the Manor has since expanded its numbers by quietly smuggling in bookeaters from other countries.

In modern times, the Easterbrooks have built on their people-smuggling networks and moved into human trafficking and land-leasing, which are both lucrative--if rather high risk--endeavours.

Their willingness to embrace human technology and to take financial or legal risks, has allowed them to adapt spectacularly in modern human society.

Based out of London, the Gladstones are probably the oldest of bookeater Manors. Culturally, they are formal, courteous and restrained, even by bookeater standards. Despite their relative wealth, they live modestly in a converted block of terraces in London, and are cautious to not draw too much attention.

Once heavily--and secretly--involved in human politics, the Gladstones have gradually withdrawn from public affairs and shifted their focus to computer-based technologies. At the time of this novel (circa 2002), that investment has just begun to pay off, as has their quiet research into speech-to-text technology.

Reclusive, standoffish, and fiercely protective of their Manor's Celtic traditions, the Davenports are unique rooted in Welsh nationalism, choosing to embrace that heritage as part of their identity rather than keeping an arms-reach from human cultures (as the other Manors tend to.)

Aside from wedding contracts, which they must reluctantly participate in to stay functional, they have little dealings with the other Manors and not much is known about the inner workings of their household.

The Winterfields are the second-oldest Manor, apart from the Gladstones. Ostentacious by nature and outwardly luxuriant, they secretly struggle to balance their Manor's growing debt, and are barely one step ahead of the impoverished Fairweathers in all matters financial.

In modern times, they have begun the grudging process of downsizing, and shifted their focus from landownership to working on bookeater fertility issues, drawing heavily on human research in similar areas.

At the time of the novel, they have made significant breakthroughs. Devon's daughter, Salem Winterfield, will be one of the first bookeater women to benefit from such advances in medical science.

Knights of the Family